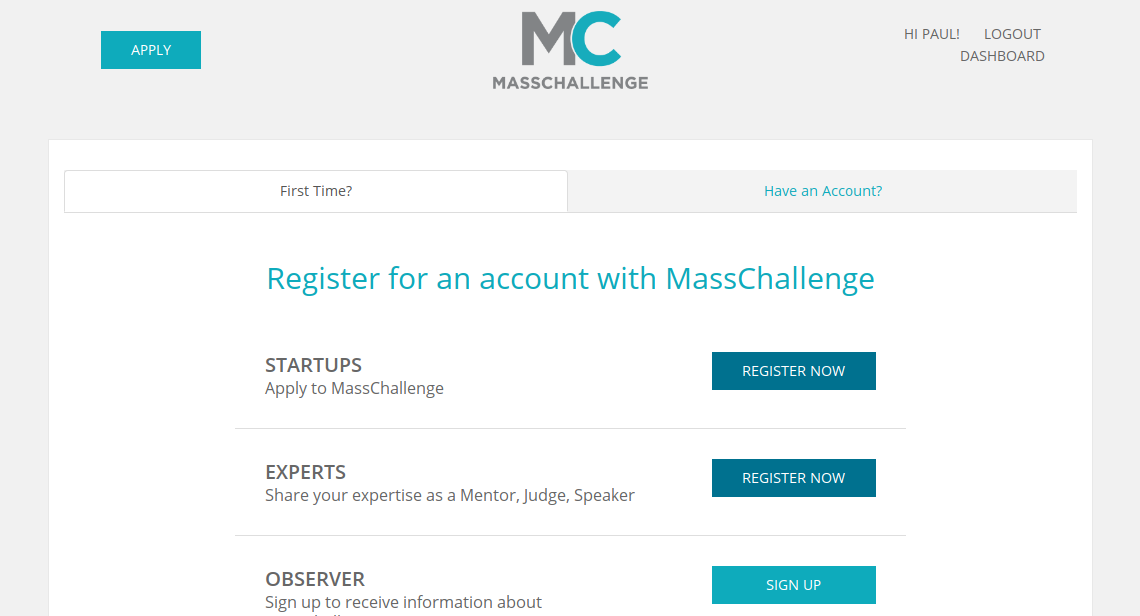 The application is called "Accelerate" - the backbone of operations at my employer, MassChallenge, a global startup accelerator. It handles every stage of a running accelerator program:

So, it's a mission-critical app. With EOL looming for the versions we were using of both Django (1.11) and Python (2.7), we dove into the migration work about a year ago. Done in parallel with our usual work of maintenance, bugfixes, and enhancements, it took about three months.

After looking into How People Are Doing This, I settled on the python-future project and its futurize tool. It was a good fit for us because we did not want the disruption of a single Big Rewrite project. We couldn't stop the world for a rewrite, and the more time long-running branches go, the more merge conflict hassles you will have. Futurize can get you to Python 3 by way of an intermediate state that still runs on Python 2.

First, we did what they call "Stage 1 conversion", which tackles things that will break in Python 3 but can be easily converted to a 2/3 friendly form. As the docs say, “the goal for this stage is to create most of the diff for the entire porting process, but without introducing any bugs.”

So, after Stage 1 your application doesn't work without issues undr Python 3, but basic syntax and library issues are taken care of, and nothing is broken for Python 2.

A prerequisite for a successful effort of this type, in my book, is excellent test coverage. We were at about 95% line coverage at the beginning of this work. The beginning of stage 3 is basically watching your test suite explode. 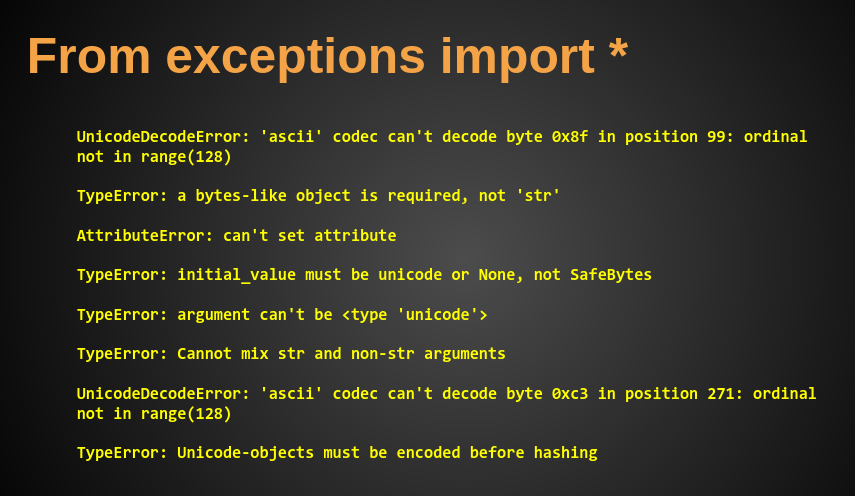 I had to touch about 25% of our 2400 unit tests to complete that work. Most of the issues were around string handling. A lot of our tests were checking for string (str) values in Django HttpResponse.content — which under Python 3 is a bytestring (bytes). So, under Python 3 a lot of those tests just threw TypeError. In almost all those cases, the fix was simply to use the Django test framework's assertContains(response, text) method, which reconciles str and bytes pretty seamlessly. 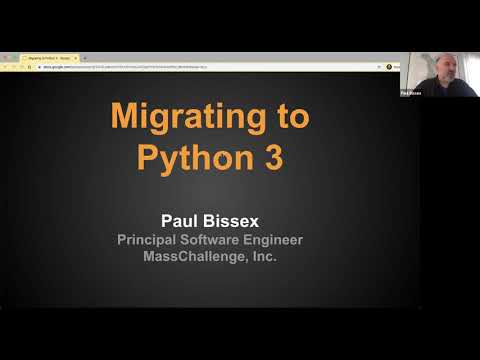 The thumbnail here links to the video recording of the more recent of those two talks. (My "five minute" intro extends to 9:10; skip to there if you want to just dive into the meat of the talk.)

This past week I started playing with GatsbyJS, a static site generator and framework centered around React.

I successfully used today it to generate a static version of this blog (I'm in the process of selecting the static site tool that will replace my vintage 2008 Django-based engine).

The componentization that React brings isn't much of a win for me here, i.e. I'm not likely to be building components for my blog that I reuse elsewhere.

It's definitely more than just a static site generation tool (hence the 400MB of Node modules for a "starter blog" development environment!), but as a way to develop apps that don't need a dedicated back-end I can see the appeal.

I wanted to have a quick way to see what the other team members are doing, and after pillaging a half-dozen SO posts this is what I came up with.

I added it to my git aliases as recent-commits. Sample output:

A couple weeks ago I accidentally replaced our live, production database with a 17-hour old snapshot.

This is an always-on application with users around the globe, so the mistake was likely to have blown away some new user-entered data.

I didn't realize what I had done for an hour or so (I thought I had targeted a test database server, not production). When it hit me, I had already left work. Here are the steps of how we handled it, with an emphasis on the “good engineering team culture” aspect:

I made a bad mistake, the team rose to the occasion, we were lucky to have good mitigation options, and we are making changes to reduce the chance of the mistake happening again. Win.

After a couple years of mostly using XMonad on my Linux machines instead of a standard Desktop Environmnt, I'm coming around to using XFCE. I've always liked it; it's been my installed "fallback" DE (for when you need the damned settings dialog for some thing or other). Now it's becoming my primary.

I like the low resource use. I don't hate Unity and Gnome Shell but they are too much for my older machines.

But the little thing that is making the most difference is, good standard keyboard driven launching and window-manipulating features.

Sure it's not XMonad, but it lets me get stuff done and doesn't require any custom setup.