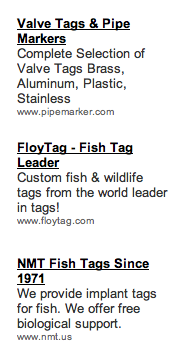 I spotted this set of Google AdSense ads alongside a blog post talking about everyone's favorite Web 2.0 activity, tagging. Readers should note that my tags do not come with "free biological support."