At the Western Mass. Developers Group meeting this week I showed a few people some of the unixy fun you can have with a (jailbroken) iPod touch and the Cydia package manager. Cydia is a port of Debian's APT system to the iPhone platform -- i.e. it's a real package manager. It made it a snap to install Python, Mobile Terminal, Mobile Text Edit, Subversion, etc.

This is the toolset that has allowed me to even do some work on the book as I mentioned in my last post.

And while it has its limitations as a development environment, of course I did get Django running on it. Below are a couple screenshots of an example application from the book.

This is my kind of portable computer! 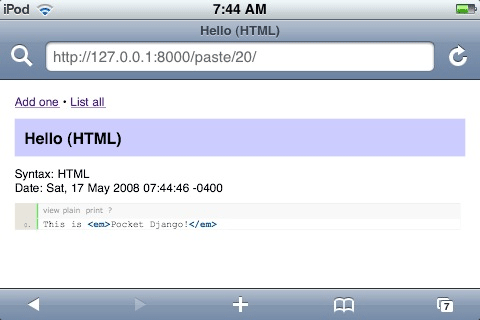 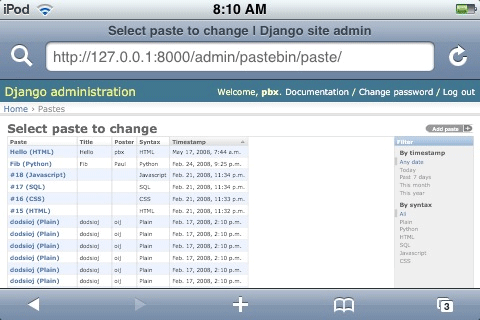